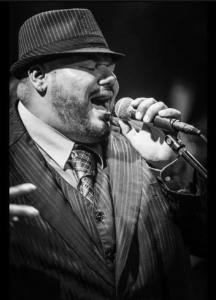 For John Rivera, music is a release, a passion, a form of expression. As a young boy, John was introduced to the world’s greatest Motown stars through his mother’s playlist, which included Peaches and Herb, Smokey Robinson, Michael Jackson, Quincy Jones, and Stevie Wonder. Now the lead vocalist and founding member of Greenstone Project, John is using those influences to take music to the next level.

By 19, John joined his first professional band as a ukulele player/vocalist for KainoaOhana. He quickly decided to put music on hold to pursue his dream of playing collegiate and professional football. He left the island to attend Shasta College and later Humboldt State University where he earned an AA in Education and a BA in Native American Studies with an emphasis in law.

After four years of college football and a quick stint in pro arena ball, John decided to move back home to put his degrees to work. He returned to his alma mater, Waimea High School, as a substance abuse counselor, but after a few years, the music industry started tugging him back to his love of music.

His goal when he left his 9-to-5 for a career in music was to simply survive playing full time. But his band, originally called Aloha Breeze, surpassed all expectations, rising to become the reigning A-list corporate band on Kauai. Now widely known and loved as Greenstone Project, John’s band of top musicians boasts a caliber of musicianship, vocals, and music selection that is second to none. Greenstone Project is without a doubt a music industry force that demands to be reckoned with.

“My personal mission is to spread Aloha around the world through music. Ultimately, we are in the business of making people happy. That alone will fuel my drive and passion for music for years to come.” ~ John Rivera 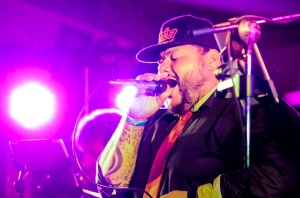