Kat “O1O” Ouano Mobley is a keyboardist, producer, and composer who has recently transplanted from the San Francisco Bay Area to the beautiful island of Kauai. She studied at Berklee College of Music and as a member of Crown City Rockers, gained a loyal fan base as Kat o1o. She has also worked as an international touring and recording artist for Lyrics Born, People Under The Stairs, Blackalicious, DJ Day, Raashan Ahmad, Headnodic, Destani Wolf, and Variable Unit just to name a few. She was awarded the “Most Mind­Blowingest Musician” title by the East Bay Express, Best of the East Bay, which stated she “…passes through walls of genre and style like they were open windows.” She currently works as the composer for ToyTalk Inc. which produces voice recognition apps to encourage imagination and conversation for children. She is thrilled and grateful to be a part of the musical community here on Kauai, playing with Rumba de Fuego and the Greenstone Project! If you would like to hear more of Kat O1O please visit: http://www.Kato1o.com 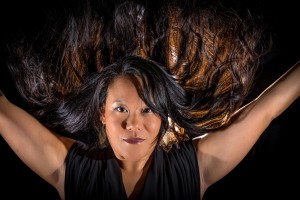 Kat speaks in a language only Chris can understand.  Kat joined Greenstone Project on Chris’ recommendation after the band lost its keyboardist to retirement.  Kat’s education in music theory, and her mastery of the keyboard added a high level of musicianship needed to continue to propel the band forward.